Solstice on the Park

Located in Chicago’s Hyde Park neighborhood, Solstice on the Park is a twenty-six-story residential tower shaped by sloped angles and is one of the first Studio Gang projects to explore the idea of solar carving for environmental advantages. One of Studio Gang’s primary goals was to have Solstice on the Park complement its historic surroundings. To achieve this, the architect called on the material expertise of Hughes Group to supply a façade that would incorporate neighboring architectural elements into the design. Hughes group sourced concrete panels with heavy texture and sandstone finish. Speaking to a Hughes Group representative after project completion, one Studio Gang member noted that they were extremely pleased with how the building blended into the neighborhood, despite its striking and modern appearance. 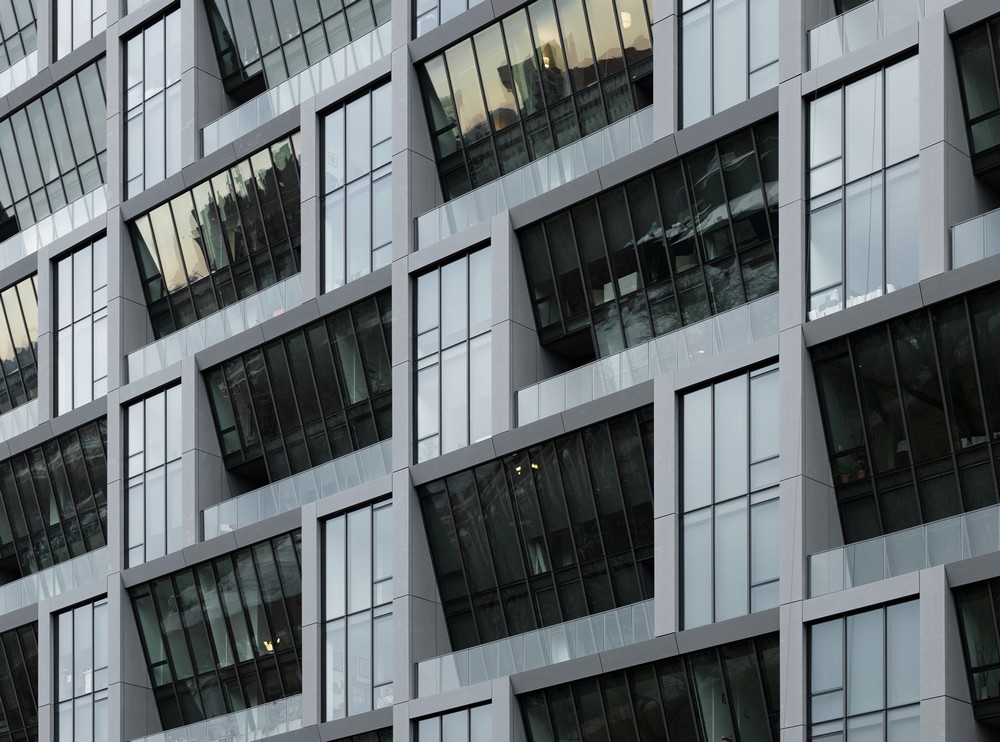 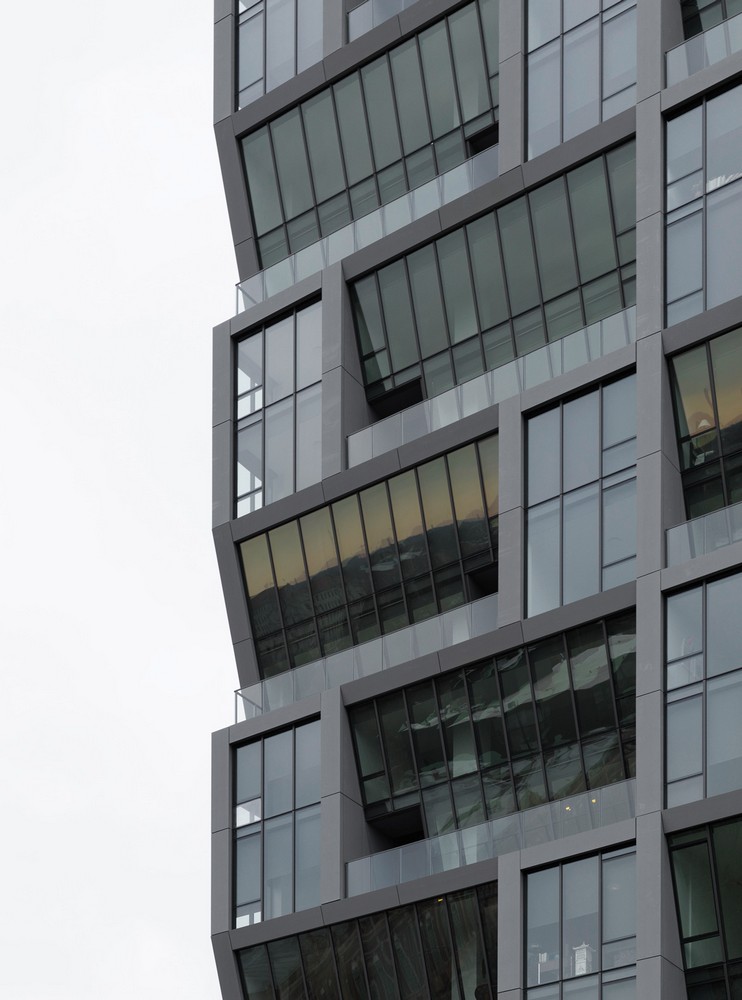 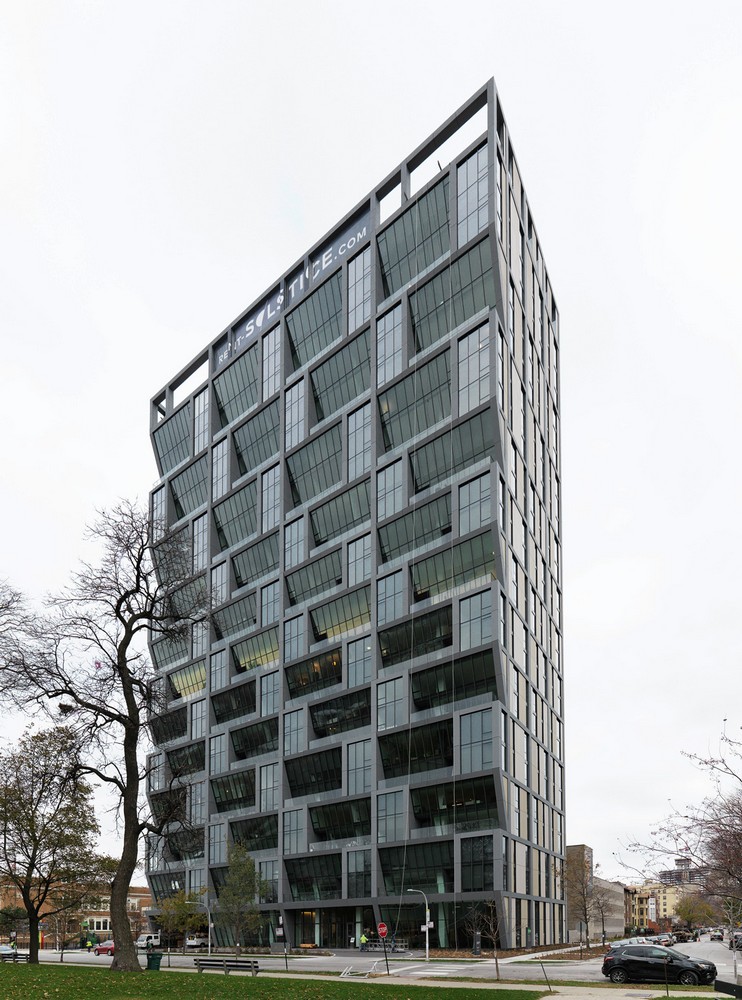 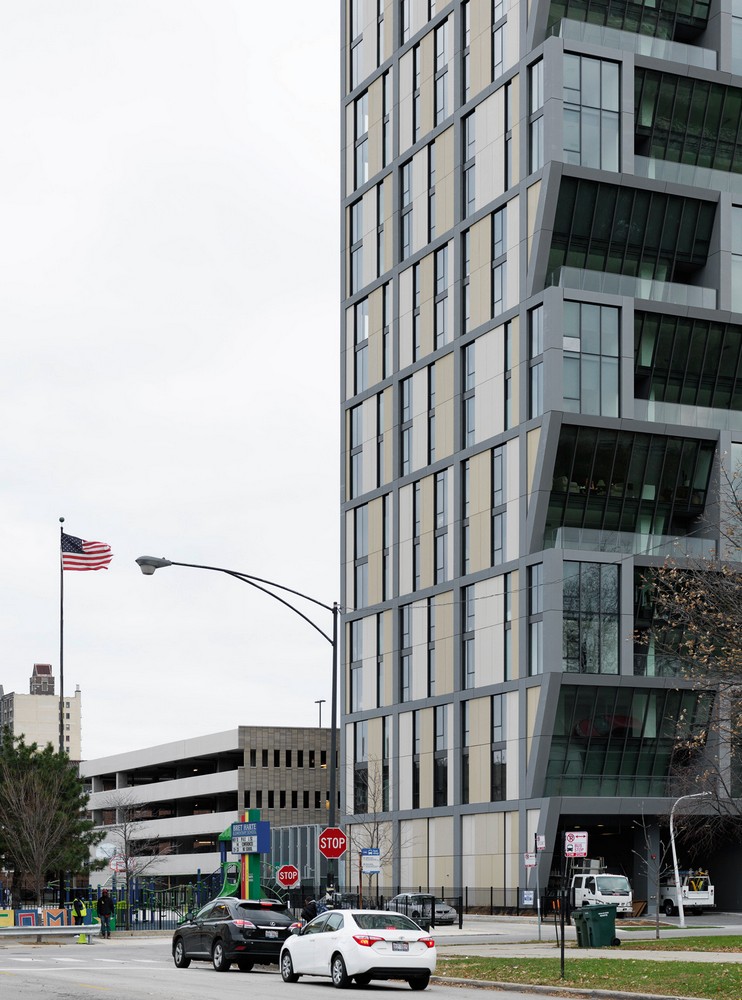 Studio Gang sought the help of Centerline to meet the challenge of handling the large exterior panels, which were 4' x 12' in size. Centerline warehoused, fabricated, and consulted on the installation of the unique panels, ultimately facilitating the highly complex design which aimed to ‘cut’ into the building’s façade. The structure and facade—which includes 250 dwellings and a green roof—maximizes sunlight in winter for passive solar warming and minimizes light and heat gain during summer to reduce air-conditioning usage. Centerline performed all aspects of the panelization process, including; shop drawings, engineering, all metal sub-framing, custom return trim, exterior insulation, and fasters for panel and system attachment. 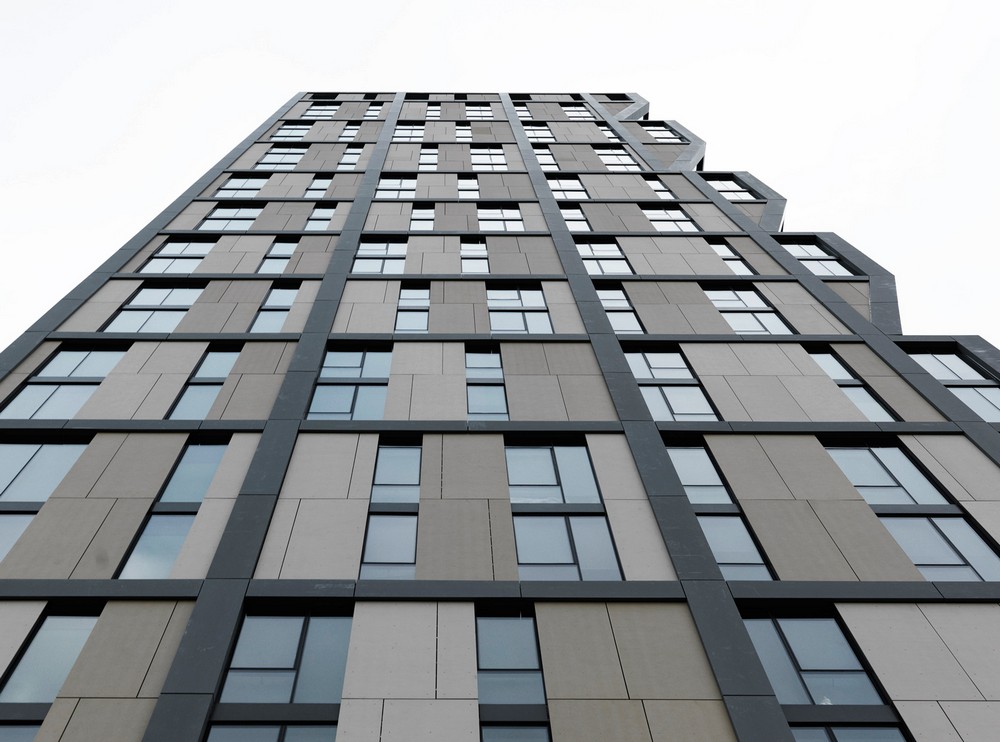 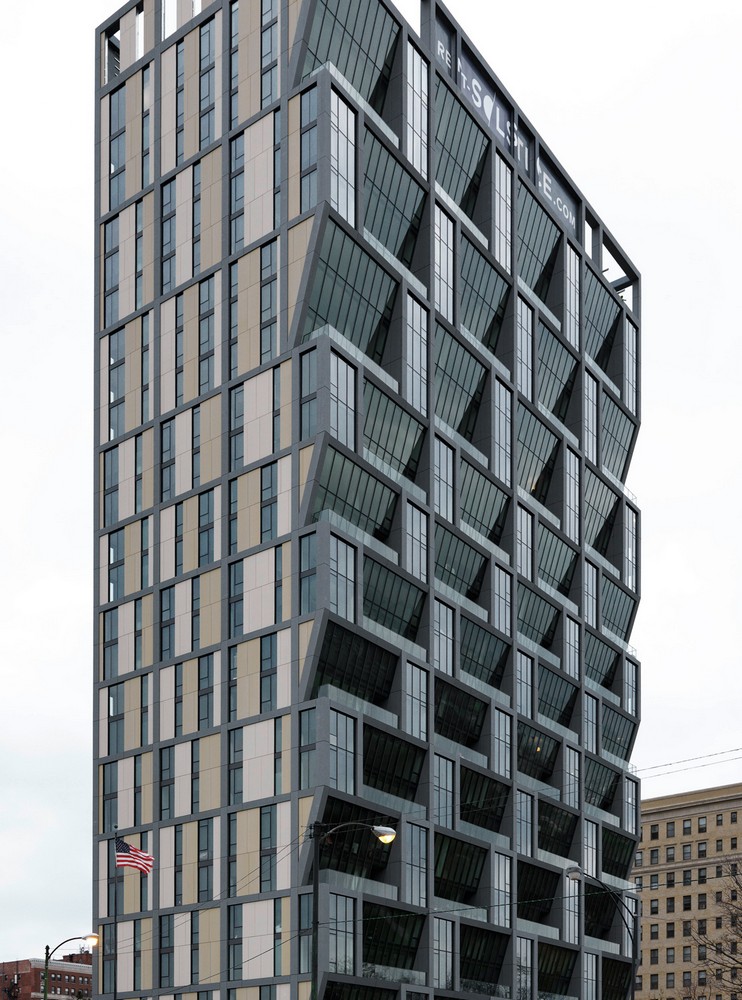